Ghosts I-IV: What’s it all about?

This music arrived unexpectedly as the result of an experiment. The rules were as follows: 10 weeks, no clear agenda, no overthinking, everything driven by impulse. Whatever happens during that time gets released as… something.

The team: Atticus Ross, Alan Moulder and myself with some help from Alessandro Cortini, Adrian Belew and Brian Viglione. Rob Sheridan collaborated with Artist in Residence (A+R) to create the accompanying visual and physical aesthetic.

We began improvising and let the music decide the direction. Eyes were closed, hands played instruments and it began. Within a matter of days it became clear we were on to something, and a lot of material began appearing. What we thought could be a five song EP became much more. I invited some friends over to join in and we all enjoyed the process of collaborating on this.

The end result is a wildly varied body of music that we’re able to present to the world in ways the confines of a major record label would never have allowed – from a 100% DRM-free, high-quality download, to the most luxurious physical package we’ve ever created.

More volumes of Ghosts are likely to appear in the future. 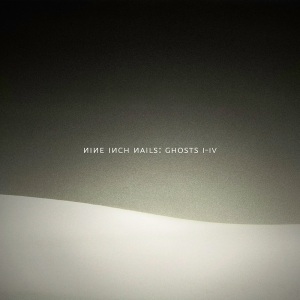 The new Nine Inch Nails album Ghosts I-IV is available in a variety of formats, ranging from a free 9 track download, to a $300 deluxe collectors package consisting of the full 36-track album on cd and mp3, vinyl, prints, DVDs, Blu-Ray, a book, and a signed piece.  It is disseminated in a similar way to Radiohead’s In Rainbows, with the added foresight of in-store release details.

It is an instrumental record, built upon the trademark moods and soundscapes of Nine Inch Nails, yet sonically different to much of their recent work.

The recordings are worth the most expensive option several times over.

12 hours on, read what the fans and critics are already saying: